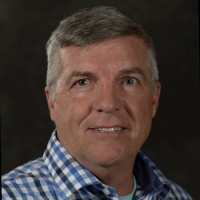 Hello, I’m Eric Weber; CWNE # 308, Certified Ubiquiti Trainer, and a Certified Wireless Network Trainer for the CWNP. Here is my story. This is the story of how, at the age of 60+, my life has brought me to where I am.

My life has been an amazing journey of good fortune, divine providence, and a confluence of amazing people guiding me to make more good decisions for my life than I did versus bad decision that didn’t totally alter my life. If I contributed anything to my current status, it was mostly due to perseverance. I have made many mistakes in my life but by God’s grace I never messed it up quite so badly as that God couldn’t rescue me and set me straight, and now He has put me in a position that I can perhaps shine a light on some concepts that I’ve come to understand in the realm of Wi-Fi networking.

Some people that are willing to look introspectively at themselves will say that they; ” Came to believe that a power greater than ourselves could restore us to sanity.” I like that. I believe that Power is most closely defined in the Christian traditions, but that each of us is on a journey to come to understand that power better. I do not claim to have the answer to what or who God is, and I would not claim such arrogance as to attempt to define God for others when my understanding os so shallow. What I do know is that the Christian faith has brought me to a deeper understanding of myself in relationship to the God who cared enough to put me here. I seek to live a life that might inspire others to come through the fog and desperation of an insane world move closer to a restoration of sanity.

T.S Elliot wrote that “We shall not cease from exploration, and the end of all our exploring will be to arrive where we started and know the place for the first time.” Perhaps this is what it means to be restored to sanity.

As for the good things that have brought me to this point, I was blessed with amazing parents that brought me up in a loving home and emphasized education, christianity, and health. They instilled in me a great respect for God, Country, Family and the potential of the individual to overcome tyranny and set one’s self on a path of great adventure. I had grandparents, aunts and uncles, and even other extended family members who saw potential in me and encouraged me to “become the man that God intended me to be.”

I had great teachers, coaches, pastors, and youth leaders who invested in me and pointed me in the right direction, and to whom I have a great amount of gratitude. The friends of my youth were also conscientious boys and girls that influenced me to become a fairly good athlete, although I was never dedicated enough in any one sport so as to become outstanding in any one endeavor. Instead I did well in many sports and learned to push myself enough to where I could participate competently in almost anything I pursued.

I joined the army when I was just eighteen and I was able to travel the world and get my college degree. I travelled throughout Europe and Korea, and got to experience Western and Eastern cultures in a way that wouldn’t have been possible any other way. I retired from the army and I will always be grateful for the way the American people honor me as a representative of the Armed Forces. Along, with receiving a pension, I get discounts at many businesses, and people are always saying, “Thank you for your service,” which I always counted as a real honor to serve anyhow.

I began my second career working as a Novell CNE for a company in Atlanta and over the years worked for many different companies, as the tech industry went through consolidations and investment swings. Eventually, I ended up in Augusta, GA with a network consulting company.

One day, in 2005 a friend of mine asked if I knew how to install Wi-Fi in his hotel. I told him I’d give it a try. It ended up working ok – not great, but my friend told his friends that I knew what I was doing – which was a stretch. We hit that market at the right time and I was able to build a nice little business focusing on Wi-Fi in the hospitality business. I learned a lot about Engenius, Ligowave, and eventually Ruckus, as the Wi-Fi industry evolved and improved over time.

In 2012, my wife and I decided to move to Myrtle Beach and get away from the stressful lives we had built in Augusta, GA. When we got to the beach I found that it was a time in my life where I wanted to give back to the Wi-Fi community through teaching. Once again I was at the right place at the right time as I was introduced to Ubiquiti Networks and soon became fascinated with their ability to create great products at a very affordable price point. I certified on their products and started teaching. As I came to understand Wi-Fi better I started looking for a certification program that was non-vendor related. I found the CWNP and started studying for the CWNA. Eventually I took all four of the classes and got certified to teach the CWNA. After a tough three years of studying all aspects of Wi-Fi, I submitted my application for CWNE, and in March of 2019 I was awarded my CWNE and became CWNE #308.

I have many people who served as mentors and teachers and others who gave me a chance to practice my vocation on their trusting customer base. Specifically, Anthony Hodges, Microcom, TourTech, WiTS, Tom Carpenter and the CWNP team, Devin Akin, GT Hill, Kevin Houser, Ryan McKenzie, and Kieth Parsons. Also the WLAN Professionals that attend Kieth’s annual conference and post their thoughts and ideas on Twitter and their Blogs.